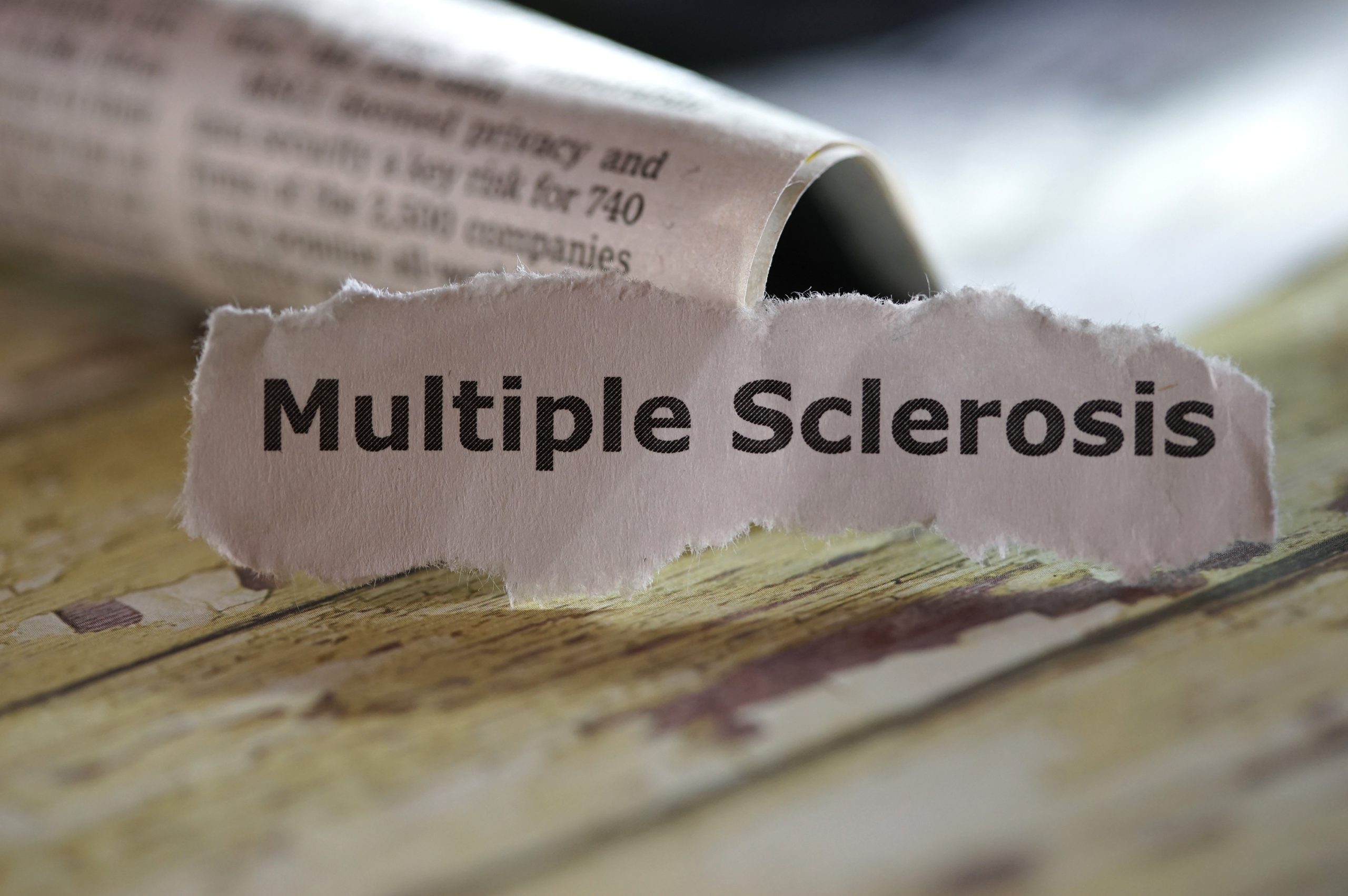 Multiple sclerosis (MS) is a serious chronic disease with a progressive and unpredictable outcome, with a female preponderance, which affects the myelin of the central nervous system by a mechanism that is still poorly understood. It is the first non-traumatic cause of severe acquired disability in young people. The impact of the disability and handicap on daily family and professional life is often major.

The treatment is multidisciplinary and requires a good coordination between the various people involved: the referring physician, neurologist, psychologist, nurses and specialised doctors.

It includes several objectives :
• Reducing the duration and intensity of inflammatory phases.
• Offering a treatment adapted to clinical forms.
• Treating existing symptoms.
• Introducing rehabilitation to improve disabilities and to avoid complications related to immobility.
• Supporting, accompanying and offering therapeutic education to patients and their caregivers.

In addition to the therapeutic education of the patient and the pharmacological treatments, rehabilitation is essential outside inflammatory phases to prevent retractions, joint limitations and vicious attitudes. Gait disorders secondary to balance disorders require a proprioception rehabilitation, a work in lying, sitting or standing position depending on the neurological damage. Moreover, muscle strengthening is an integral part of any MS rehabilitation programme for autonomous patients (with or without a wheelchair)(1).

Studies have previously suggested that MS patients with walking difficulties have improved after following a moderate intensity programme consisting of combinations of exercises. That approach therefore represents a rehabilitation strategy.

In people with MS, walking ability disorders can be caused by a contracture, a loss of muscle strength, a spasticity, fatigue, proprioception disturbances, cerebellar or vestibular dysfunctions, visual impairments or the inability to multitask. About one third of people diagnosed with MS have a certain level of difficulty walking(2). Compared to healthy people, MS patients show reduced step length, slower walking speed, shorter rotation of hips, knees and ankles (stiff walking), etc. In general, these people take small, quick steps and do not have a full range of motion.

In that context, a Romanian team from the National University of Physical Education and Sports of the Faculty of Bucharest carried out a study to determine the impact of the use of the Huber 360® platform on gait rehabilitation in 3 patients with multiple sclerosis. This study was published in a scientific journal.

The authors outline that the monitored multiaxial Huber 360® MD platform is a modern and successful method used for gait rehabilitation in MS people. This device is the result of many years of research and combines the latest technologies, perfection and reliability with LPG Systems, leaders in the field.(2)

Based on the above arguments, the aim of the article is to show that using the Huber® 360 platform in a medical rehabilitation protocol of MS patients determines the improvement of walking, with an impact on increasing the quality of life. The study involved three subjects, a 29-year-old woman and two men aged 35 and 50, respectively. The physiotherapy programme on the Huber 360® platform included 10 sessions (one session per week during 10 weeks). Two types of exercises were selected: for posture and balance, on the one hand, and to increase physical endurance on the other hand, all of this falling in line with the objectives of the study. These exercises had a relatively low difficulty in order to avoid fatigue or stress in the patients. A very important aspect the execution of exercises was that the subjects were able to watch their own performance, having visual feedback on the platform screen and thus being able to adjust their movements for better compliance with the task requirements.

A VERY IMPORTANT ASPECT IN THE EXECUTION OF THE EXERCISES WAS THAT THE SUBJECTS WERE ABLE TO WATCH THEIR OWN PERFORMANCE, (…) AND WERE THUS ABLE TO ADJUST THEIR MOVEMENTS.

Results indicated that the patients have improved their gait after 10 rehabilitation sessions on the Huber 360® platform with a significant increase in the number of steps taken on a 50-second walk test. The analysis of the results has shown that their age and form of disease cause significant variations in the results. Two subjects made good progress increasing their movement abilities; thus, they managed to increase the number of steps, in 50 seconds with a difference of four and six steps, respectively. The third subject managed to maintain the number of steps under medication-induced discomfort conditions.

Training on the Huber 360® platform, in addition to overall muscular activity, allows the rehabilitation of proprioception and balance in a specific way as well as the stimulation of physical and motor skills. It is worth mentioning that, when examining gait, the information received from several systems (visual, vestibular, cerebral, motor ones and more) should be taken into account. Exercises performed on the Huber 360® platform have a beneficial effect on the disability and quality of life of people with MS. This could be due to the fact that patients can mobilise enough muscle mass to obtain a real effect of the training.

Number of steps in 50 seconds before and after 10 sessions Huber 360® with 3 subjects.

These results confirm a study carried out in Belgium by Dr MAERTENS: Gait improvement with HUBER 360® in patients with MULTIPLE SCLEROSIS(3).

PSYCHOLOGICAL  AND PHYSIOLOGICAL RELAXATION: MASSAGE EFFECT ON THE VAGUS NERVE

HUBER 360® AN ORIGINAL STUDY ON KARATE ATHLETES WITH DEAFNESS